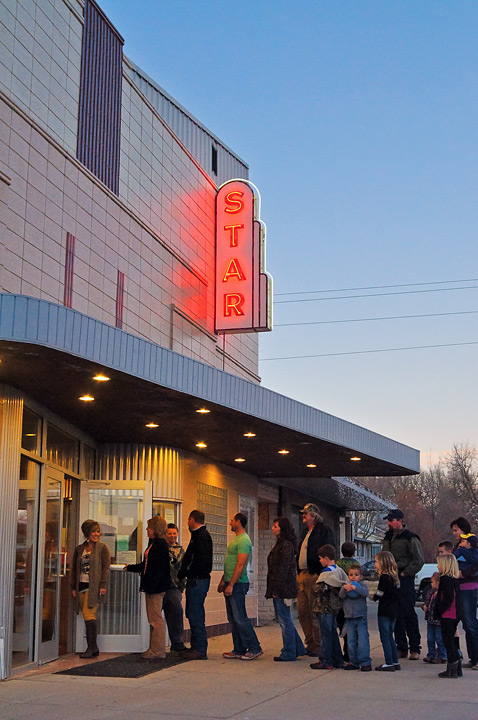 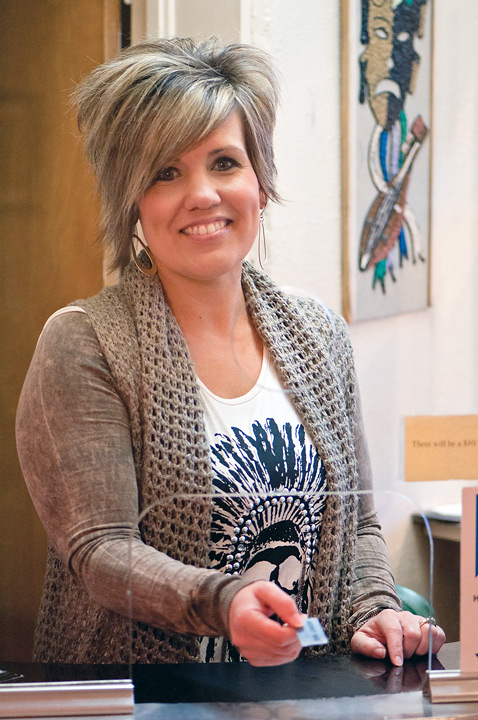 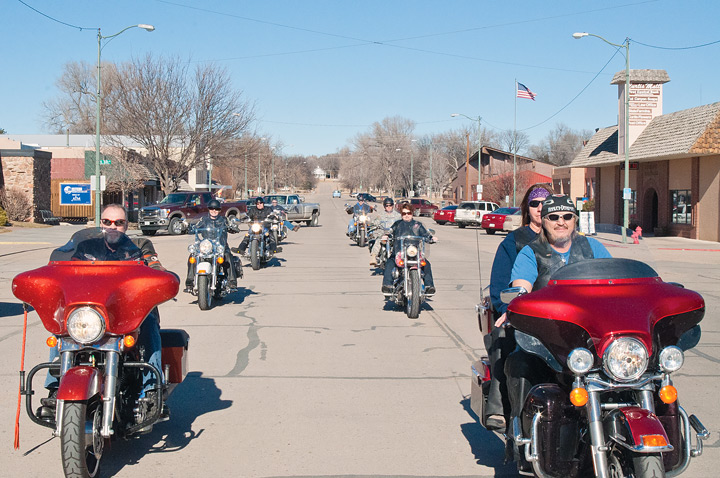 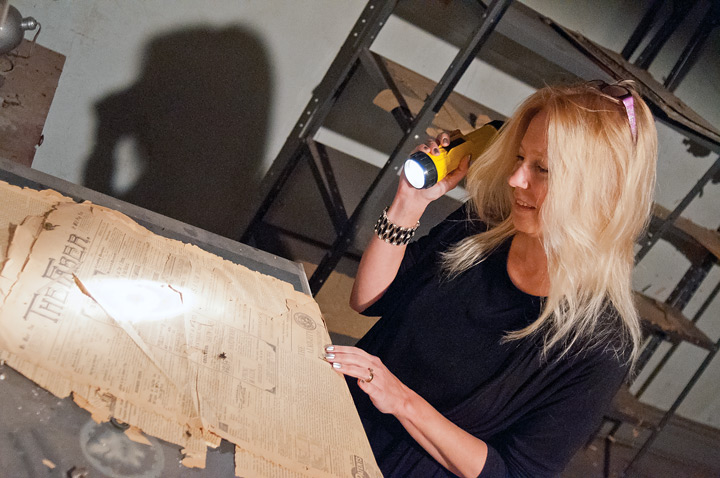 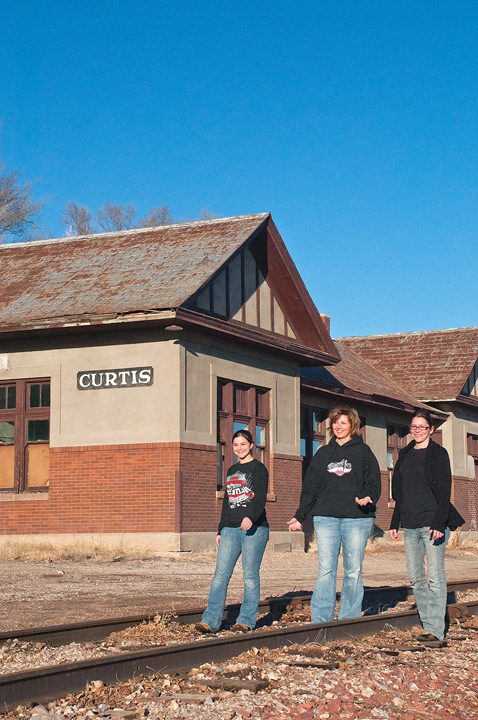 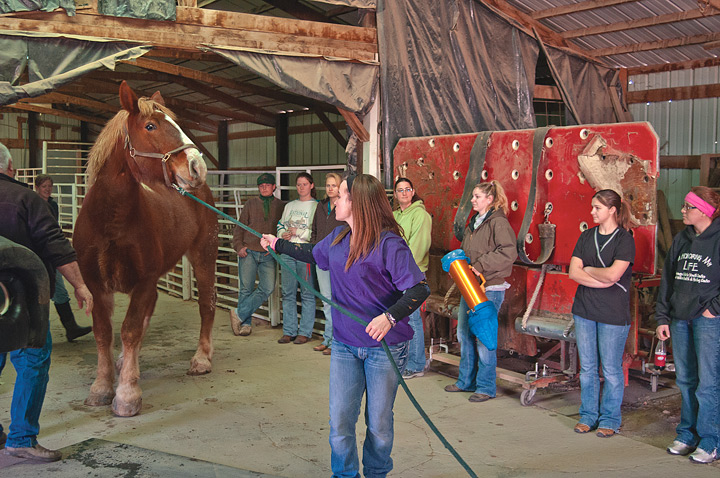 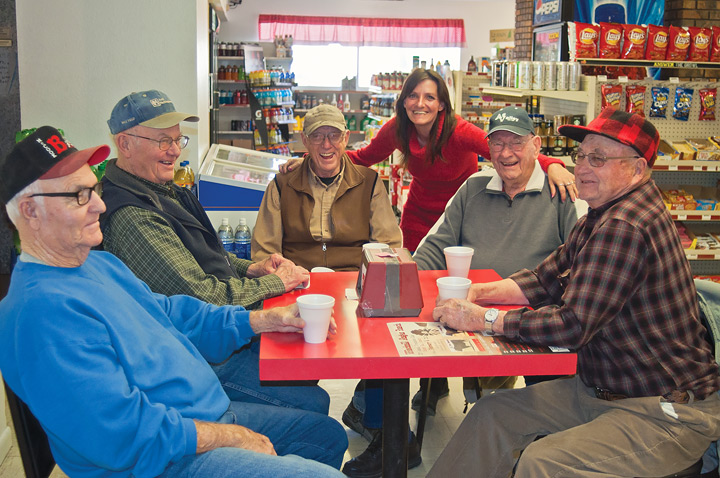 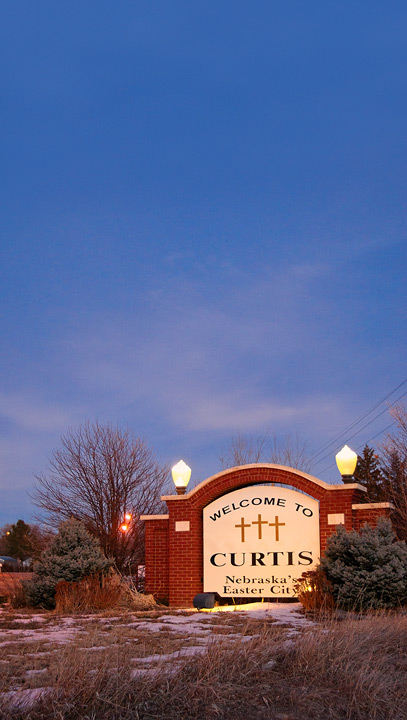 DURING 17 YEARS as mayor of Curtis, only one candidate has ever run against Kevin Brown. “He only got four votes,” said Brown, who is also commander-in-chief of his family’s building-supply business in downtown Curtis.

Frontier County hadn’t seen a political landslide of that magnitude since John Pratt, Hank Clifford, Monte Clifford, Paddy Miles and a Mr. Kirby came together to unanimously sign an agreement carving the county out of the western frontier while meeting in a teepee at Clifford Canyon in 1872. Curtis was established in 1886, and all these years later, Mayor Brown sees similarities between the community’s early settlers and Curtis residents of today.

While visiting the southwest Nebraska community recently, so did we. Curtis is a community of people who work together and look after one another.

Kelli Wilson experienced the spontaneous generosity of Curtis residents firsthand after arriving last summer in a moving van with all of her worldly belongings, her husband, Adam, 12-year-old daughter, Madason, and young sons Brandon, age 5, and 4-year-old Parker. She had just $18 left in her purse.

Seeking a new start after her father’s death last May, the family drove from their Texas home as far as their finances would take them. There were no jobs waiting, and they didn’t know where they would live. Wilson saw a woman moving out of a house. She asked for the homeowner’s phone number, and Adam’s mother called.

After hearing the situation, the landlord told the family to move in.

“Who does that?” asked Wilson. “She had never met us, and she wouldn’t take a deposit. I never even spoke to her until I paid the rent a few weeks later. I’ve never seen anything like it.”

Curtis’ compassion is contagious, and Wilson now helps her children’s great-grandparents and others feed 150-200 people twice a month at the community center in Imperial.

Every weekday at noon, the emergency siren cries out, reminding Curtis’ hard workers to take a break. The slow lunch rush seems evenly distributed between workers heading home and patrons flooding into Dawn’s Curtis Cattle Co. on the west side of Center Avenue, Curtis’ main drag, and Martha Jo’s on the east. The former is a steak house and lounge, the latter – an all-American cafe with a twist.

Like many small-town Nebraska cafes, Martha Jo’s has decorative pheasant tapestries on the wall, a U.S. flag, and the obligatory Husker banner hanging from the ceiling. There are even signed portraits from celebrities who passed through Curtis on their way to somewhere else and ordered Martha Jo’s famous hot beef sandwich. Oriental wall hangings and a Korean flag reveal this Asian twist: owner Sue Davis, who originally hails from South Korea.

According to Davis, her Tuesday and Wednesday Korean specials are popular among the meat-and-potatoes population of Curtis. Intrigued, and although it was Thursday, we asked if she served kimchi. A few minutes later, Davis’ daughter, Cindy Krupicka, brought an overflowing bowl of the spicy cabbage.

The cafe’s namesake, Martha Jo Jorgensen, started the business in 1988 in an abandoned Gambles department store renovated by her husband, Gary. Martha Jo’s is a landmark, popular with travelers, residents and students from another Curtis mainstay, the Nebraska College of Technical Agriculture.

THE INSTITUTE of higher learning that overlooks Curtis today didn’t start out as a college.

In 1911, the Nebraska Legislature mandated the creation of an agricultural high school. Twelve towns were vying for it, and Curtis residents were hopeful that the first of its kind in Nebraska school would come to fruition in their community.

They didn’t just hope for the best. Showing the same generosity they exhibit today, nearly 200 residents and businesses pledged land and money for the required 470 acres should Curtis be chosen.

Each community lobbied fiercely, and Curtis won. A huge celebration ensued. The Curtis Enterprise reported “Giant fire crackers and the shooting of anvils could be heard far and wide.”

From 1949 to 1951, preseason training camps for the University of Nebraska football team were held at the Curtis campus. The camps were rigorous for a Cornhusker team that in 1947 and 1948 combined had managed only four victories. In 1949 they won four games out of nine and in 1950 improved to 6-2-1.

The last high school students finished their studies in 1968 as the facility shifted to postsecondary education. Budget cuts nearly doomed the institution in the late 1980s, and in 1994 the University of Nebraska adopted it as the Nebraska College of Technical Agriculture.

Thanks to the financial generosity of George Garlick, a 1954 alum, there’s a flurry of renovation and building taking place at the college today.

When we found Gerald Cole in his pickup basking in the sun while his wife of 59 years, Gladys, was grocery shopping at Town & Country Market, we asked him about the big college on the hill. “Many little towns are drying up,” Cole said. “If it wasn’t for the school, this one probably would too.” 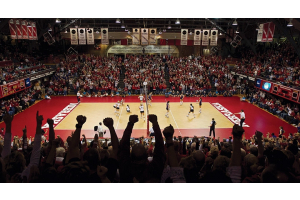 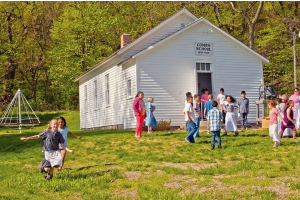