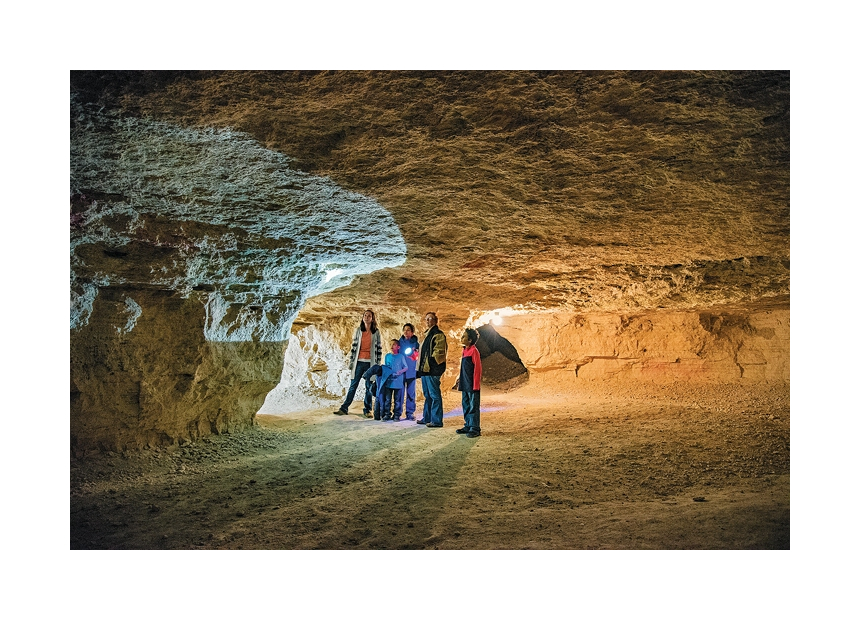 Native Americans were the first human residents of Nebraska’s natural caves. The sandstone cavern at modern day Indian Cave State Park near Shubert is thousands of years old. Petroglyphs depicting wild animals, as well as a man on a horse, give the park its name. There had already been a trading post a short distance from the cave when explorers Meriwether Lewis and William Clark camped along the Missouri River near here in July 1804.

Sgt. John Ordway of Lewis and Clark’s Corps of Discovery saw three large elk on a sandbar here, “the first wild ones I ever saw,” he wrote in his journal. Clark, hoping to bolster the corps’ supply of meat, fired. Ordway reported his commander’s shot missing its mark.

St. Deroin sprung up near the cave 50 years later. The popular ferry crossing was named for trading post proprietor Joseph Deroin, who was the son of a French-Canadian trapper and an Otoe woman. The Missouri River killed the town in more ways than one. Repeat floods picked away at St. Deroin. Then its ferry business dried up when the river changed course, leaving St. Deroin behind as an uninhabited ghost town by 1920. The town’s school and the St. Deroin Cemetery remain in what is now Indian Cave State Park.

Park staff playfully share the tale of a man named A.J. Ritter losing an arm while dynamite fishing in the Missouri River. The story goes that the severed appendage was buried west of town. When Ritter died years later, he was interred at St. Deroin Cemetery. Legend has it that Ritter rises at night in search of his lost arm.
Elk no longer wander here, but more than 140 avian species attract birdwatchers. Hikers, equestrians and mountain bikers explore miles of scenic trails through the hardwood forest. And, like the Corps of Discovery, adventurous campers pitch their tents today in the park’s more than 3,000 acres. A wooden boardwalk provides visitors the best views of where some of the earliest Nebraskans left their artistic mark.

Hole in the Rock near Macy is much smaller than Indian Cave. The natural convexity at the base of a rocky bluff on the Omaha Indian Reservation is scarcely large enough for one person to lie down in. Omaha tribal elders pass down the tale of a white man who sheltered in the shallow cavity for 25 winters. The ill-equipped man barely gathered enough food to survive despite the bountiful Missouri River flowing just yards from his cave. The story ends happily with the man living into old age thanks to the generosity of his Native American neighbors.

For the rest of the story see the May/June 2017 issue of Nebraska Life. 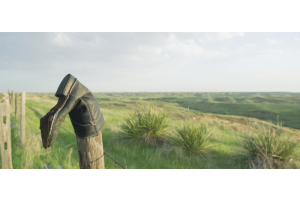